“Let us hold fast to the confession of our hope without wavering, for he who has promised is faithful. And let us consider how to provoke one another to love and good deeds, not neglecting to meet together, as is the habit of some, but encouraging one another,”

Bethlehem Evangelical Lutheran Church is a liturgical Christian church. We follow a pattern of worship which unites us with the other liturgical churches. Our Scripture readings for each Sunday and special event day follow a set pattern. Our order of service follows a specific pattern also. Congregational participation includes reading, singing and chanting. The orders of service we use are from The Lutheran Hymnal.

On most Sundays, we begin with the Invocation to dedicate our worship to the Triune God:

We proceed to the Confession of Sins, after which the minister pronounces the Absolution, to give us assurance that we are forgiven for the sake of Jesus Christ.

“Glory be to the Father and to the Son and to the Holy Ghost, as it was in the beginning, is now, and ever shall be, world without end. Amen.”

We then reiterate that we are sinful human beings in the Kyrie:

The Gloria in Excelsis follows, reminding us of the birth of our Savior.

The Salutation from the minister asks that the Lord be with us and our response asks that He be with him also:

“The Lord be with you”
“And with thy spirit.”

We then pray together (collectively) the Collect for the Day.

Between the Epistle and the Gospel, the Gradual is read by the minister. The Gradual consists of several Scripture verses and perhaps a liturgical text, such as

“Come, Holy Ghost, and fill the hearts of Thy faithful people, and kindle in them the fire of Thy love…”

which is the antiphon for Pentecost. The sung triple Hallelujah follows the Gradual.

Following the reading of the Gospel lesson, the congregation confesses its faith in the words of one of the creeds of the Christian church. In the Order of Morning Service, we use the Apostles’ Creed. In the Order of Holy Communion, we use the Nicene Creed. On some Sundays, especially on Trinity Sunday, we use the Athanasian Creed.

A hymn is generally sung after the creed, and then the sermon is preached, again reminding us of our Savior’s preaching.

The Prayers of the congregation follow the offering. In the Order of Morning Service, the service then ends with the Benediction which is the words of Numbers 6:24-26:

The congregation then sings a threefold Amen to emphasize the Trinitarian nature of the Benediction. In the Order of Holy Communion, the prayers are followed by the Preface to the communion, which uses first the words of the Salutation and response, followed by

“Lift up your hearts”

with the congregational response

“Let us give thanks unto the Lord, our God”

with the congregational response

The communion service continues with the Proper Preface

THE PROPER PREFACE
During each of the major festival seasons of the Church Year, the Proper Preface gives glory to God, recalling the specific mercies emphasized during that season.

THE SANCTUS
The people’s response to the Proper Preface is the Sanctus (Latin, meaning “holy”). The text is built on the opening verses of Isaiah 6 and John 12:4. The Sanctus has two distinct parts, the Hosanna and the Benedictus. We join with the angels, archangels, and all the company of heaven in singing this.

THE LORD’S PRAYER
The Lord’s Payer is the prayer of the faithful children of the heavenly Father, who tenderly invites us to call upon Him as His beloved children. This is the Family prayer of the Christ’s Church. It has been associated with the Words of Institution in all Lutheran Communion rites.

WORDS OF INSTITUTION
The pastor repeats the words of Jesus Himself recorded in the Gospels and St, Paul’s First Letter to the Corinthians. These words consecrate the earthly elements of the bread and wine. They assure us of the Real Presence of our Lord at the altar as He has chosen to “localize” Himself there for our forgiveness in the Sacrament.

PAX DOMINI
in anticipation of the blessings to be received through the body and blood of our Lord in, with, and under the bread and wine, the pastor and the people announce the peace of God to one another, as Christ Himself did to His disciples on that first Easter.

AGNUS DEI
The wording of the text is taken from the statement of John the Baptist in John 1:29, describing our Lord as the Lamb of God.It serves as a hymn of adoration to the Savior who is present in the Sacrament.

THE DISTRIBUTION
In the Lord’s Supper, we receive the body and blood of Jesus. Through it our sins are forgiven. We are assured that by God’s gift our faith is strengthened and preserved through our life and into eternity.

POST COMMUNION CANTICLE
Following our reception of the true body and blood of Christ, we forgiven sinners join in singing a hymn of thanksgiving. Usually this hymn is called the Nunc Dimittis (Latin, Depart in Peace). It is derived from Simeon’s Song in Luke 2:29-32.

BENEDICTION
Also known as the Aaronic Blessing or the Priestly Blessing, the Benediction is the blessing the Lord directed Moses to use when he blessed the people in the Lord’s name in Numbers 6. 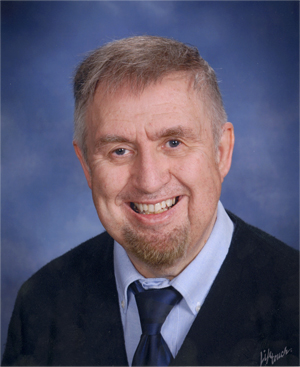 It's a great day to come to church!